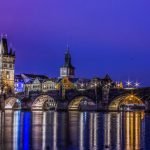 The beer spa has been among the most popular types of spa since the Middle Ages. It is a very old and unique spa therapy, in which organic ingredients consisting of hops, yeast and other natural substances used for beer production are here used in the form of bathing in beer spas that have beneficial effects on your body. Barley is not used in the beer spa, so there is no need to worry about negative allergic reactions. The beer spa procedure includes unlimited consumption of the unpasteurized beer Bernard®. This combination supplies your entire body with energy and health.

Relaxation Treatments in Beer Spa Bernard in the Center of Prague
The relaxation treatments in the Prague Beer Spa Bernard are divided into several parts, the first of which is a bath in the beer spa in an original large tub designed for 2 people, combined with UNLIMITED consumption of Bernard beer; the second part is relaxation – rest. Both parts together last about 1 hour. When the beer treatment is combined with a massage, the duration is about an hour and half.

Beer Baths
Beer baths have been a time-tested healing treatment since the Middle Ages. It is necessary to maintain the proper temperature of the bath, the duration of the bath, and the correct dosage of ingredients. The baths proceed in special tubs designed for the beer spa that contribute to the beneficial impact on the human organism. A beer bath cleanses and purifies the organism through the pores of the skin.
In order for your feeling of “rebirth” to remain as long as possible, you must not take a shower earlier than twelve hours later. If you are not presently suffering from any skin ailments, it is sufficient to repeat the procedure a month later. In case you do suffer from a skin ailment, the treatment can be repeated more often.